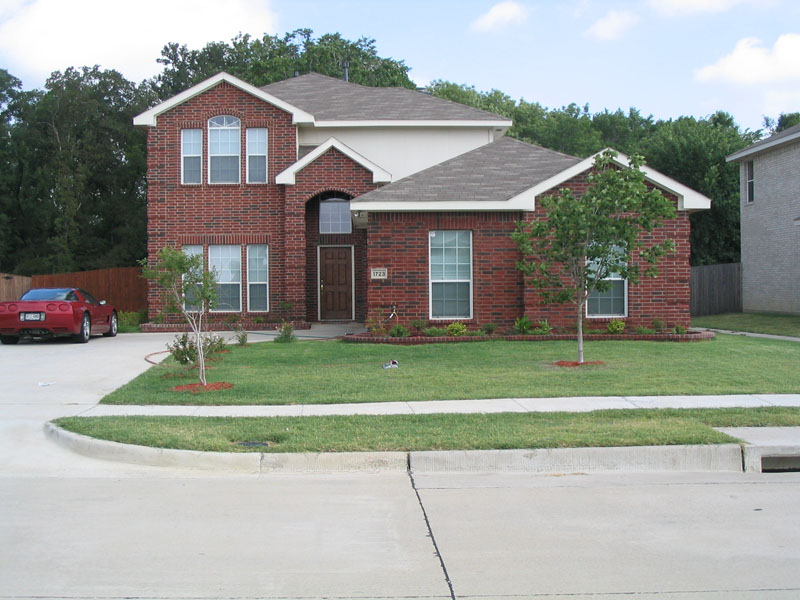 That’s the challenge posed by two amateur lawn-keepers hoping to win bragging rights to the best-looking lawn by the end of June. The gauntlet was thrown down between Dear Hubby and his friend a few months ago, and now the end of the contest is in sight. Only a week to go before judging and a winner is named. Will it be fondue night or a lobster dinner to mark the victory feast? (Personally, I’m salivating in anticipation of the crustaceous dinner at Steve Field’s.) Both competitors have already proclaimed themselves the victor ahead of the final judging, but only time and weather will decide whose green reigns supreme.

Did I mention that Wylie is now enforcing stage 3 water restrictions? That means watering only once a week. Somebody I know (DH) was slapped with a warning after he was found violating the ordinance, watering his lawn at 1:23am on a Wednesday morning–after I specifically told him the cutoff at midnight. Oh well, when we win this contest, all will be forgiven. 😀