The first vinca to bloom from seed in our front yard bed is the Titan Lavender Blue Halo vinca, part of the Titan mix packet of seeds I purchased from Stokes earlier this year. Because I sowed it indoors in February, I suspect we bought at least 3-4 weeks head start compared to the seedlings that started outdoors from the 2010 planting.

With the summer heat upon us, many of the heat-loving plants are taking off. The Confetti lantana appears to finally have settled in, nearly doubling in size since planting, and boasting a new crown of blooms. The Hot Lips salvia transplanted into the front garden also has grown in size since it moved in. Of course, the daylilies are now in full swing; the Stellas have joined the Dallas Stars in staging a show. One of the fungus-infected coreopsis in the courtyard, though very sickly, is gamely producing sporadic blooms. The cosmos seeds sown in the tree ring have made an entrance; I spotted dozens of seedlings poking their tiny heads out of the ground. A second marigold has deigned to bloom. And all of the herbs are taking off: mint, basil, thyme and oregano!

With the advent of June, we say goodbye to the spring bloomers. The Navona Asiatic lilies have peaked and are slowly winding down. The abundant spring blooming dianthus need a shearing if I’m to coax them into another full flush. The pansies are looking a little heat-stressed these days, as our temps climb into the high 90s. Our Midnight Blue rose is finishing another floriferous run of flowers as it braces for the long hot summer.

I ordered some more Cosmic Yellow and Red cosmos, along with a packet of Toy Choy Pak Choi seeds from Stokes today. I’m hoping to experiment in some veggie goodness later this summer. 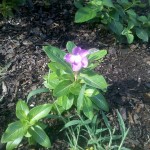 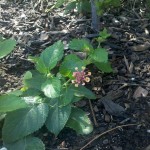 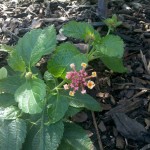 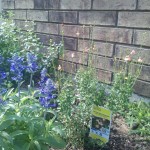 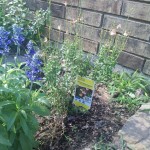 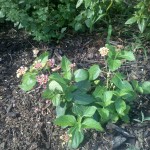 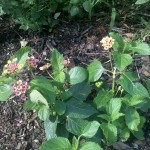 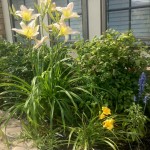 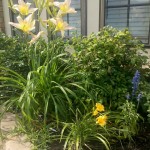 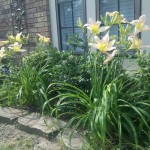 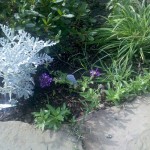 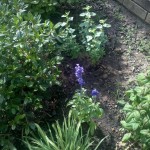 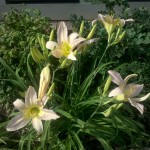 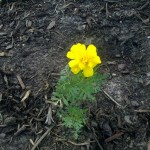 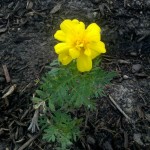 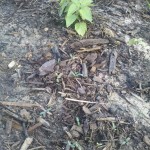 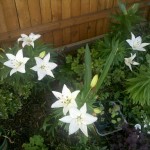 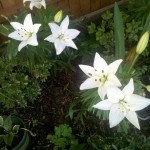 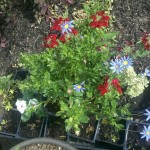 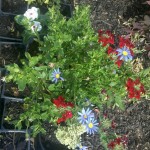 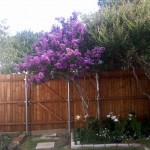