It’s been a hot week, but despite that, the flowers still keep coming. Especially on the basils. I’ve been trimming them back like mad all week, but they persist in throwing up blooms. The thai basil, for example, has been sheared back multiple times–I used some of its leaves for some fried rice but I never use enough of the basil to make a dent in their growth. Today, my lime basil threw up a floret spire for the first time this year. Now, if we could only grill up some burgers so I can make some lime basil mayo. 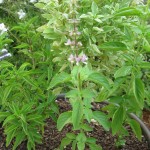 Among the other flowers captured today:  Midnight Blue rose starting another flush of blooms, Aztec Red verbena, Calico ornamental pepper, picoteed dianthus, catnip, the mystery dianthus which I originally thought was Diana Blueberry…and the caladium! Yes, after closer inspection, that dried up floppy top hid a flower spike. A second flower spike will soon be blooming. I’m also happy to note that the other caladium (in a spot that receives more afternoon sun) finally deigned to joined us. Just in time too, because the Purple Palace heucheras are looking crispy. 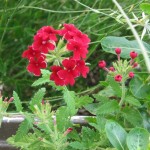 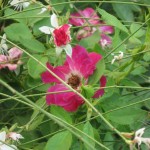 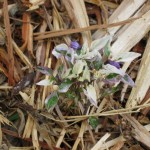 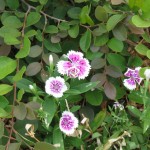 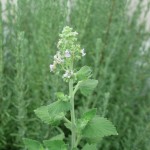 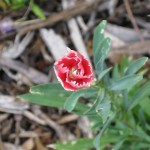 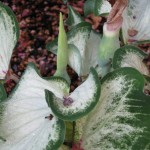 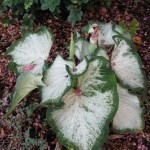 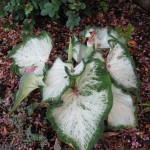 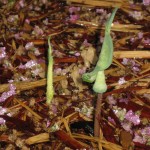 Hello, Mr Dragonfly…I wish I took better macro pictures so that I could photograph how pretty you are. 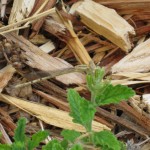