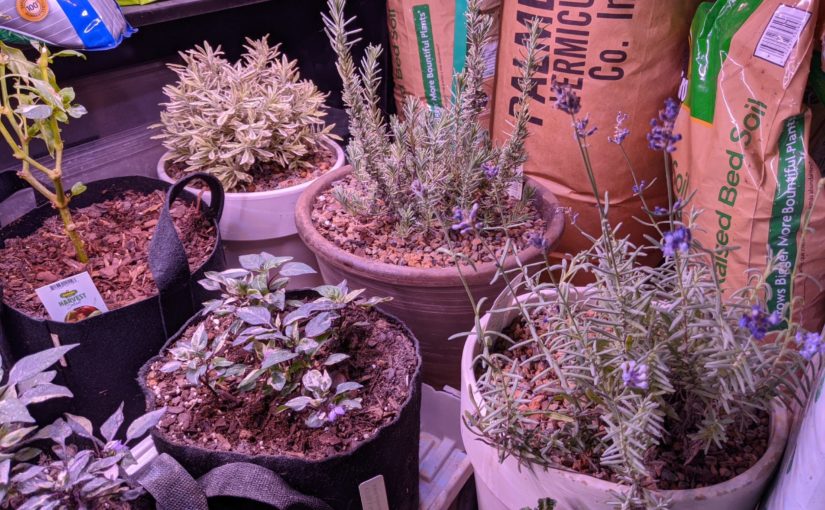 I fear I’ve lost my best, most floriferous lavender this year. Despite that I’ve potted up all of my specimens, my fernleaf lavender which I started from a 4″ starter plant thrived in potted conditions and more than quadrupled in size.

Unfortunately, I’ve been rotating the lavenders in and out of the house as temperatures permit. But lately, they’ve been residing in low light conditions in my kitchen.

I didn’t keep a close eye on the fernleaf lavender. I soon discovered that it was swathed in cobwebs, and the tips began to show browning/greying. After some research, I determined that the plant was likely infested with spider mites. While it was suggested to spray the plant off, the cold temperatures turned me off  the idea.

I took the drastic step of hard pruning the plant down to the surface, then placed it–along with the rest of the potted lavenders–in the garage under grow lights.

I watered the plant with a light nitrogen solution (i.e. Clonex) and am crossing my fingers that the lavender will spring back from this shock.